Graveland has multiples links with Néonazi, with NSBM ideology-in-music, with skinhead gangs, but we would be wrong to consider them as only simple Hitler’s fans, Graveland is related to polish and slavic identarian & paganism, also related to “Pagan Front” since the beginning.

Graveland from Poland is main career  project of Robert Fudali. 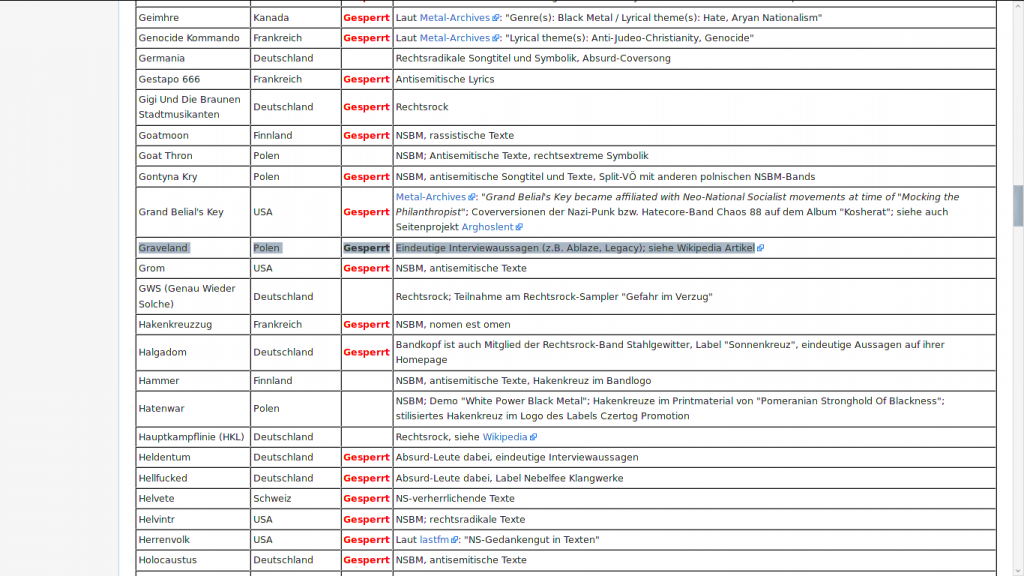 1992 : Rise of aryan organisation The Temple of Fullmoon TTF and first démo-tapes of Graveland

“The Temple of Fullmoon does not exist anymore because it was too dangerous. People started to have problems with the police. Generally 1995 was not a good year. During meeting of The Temple of Fullmoon in Szklarska Poreba the police arrested us. We lost many very important materials as magazines etc. Huge source of information for the police. Because of this incident TTF was dissolved. At that time many people that were too weak to deal with such problems left underground, others dissociated themselves from us. But those who stayed in underground despite all dificulties and danger, now are strong and very valuable people for neopagan movements in both aspects: cultural and political. Today situation is much better and easier but still we have to be careful. Now Polish Black metal underground is united by pagan ideas. Bands as North, Perunvit, Venedae, Iuvenes and Black Metal NS hordes as Capricornus, Thor’s Hammer, Dark Fury, Thunderbolt, Fullmoon, Veles work for return of paganism. ” – Rob Darken (Graveland)

On the pictures you can see the famous meeting of The Temple of Fullmoon in Szklarska Poręba, Poland, 1994. 1999 : The Night and the Fog, NSBM compilation appearance
https://www.discogs.com/Various-The-Night-And-The-Fog/release/369782

2007 : The Night and the Fog Volume 3 (NSBM compilation record)
https://www.discogs.com/Various-The-Night-And-The-Fog-Part-III-Underground-Heathen-Hammer/release/1952623 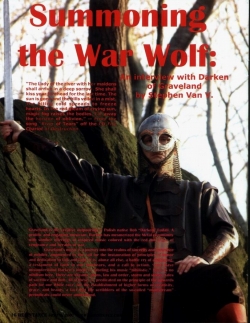